Nowadays, beautiful green spots are cursed by inconsiderate and selfish individuals dumping their rubbish – everything from household waste, to cars and even coffins have been found. It’s time councils and law enforcement bodies toughened up their act, and ensured people were more aware of fly tipping’s disastrous effects, so that in the near future we can see a much cleaner Britain.

Fly-tipping is the illegal dumping of waste and rubbish on public and private land, which isn’t licensed to accept waste.

It is usually dumped by individuals and not london cleaners who store it in their vehicles – commonly a van which is able to fit larger loads.

Parliamentary documents stated the most common place for fly-tipping is on motorways, probably due to the high speed limits which means it is unlikely anyone will stop their car to inquire what the offenders are doing. It is also common in quieter areas such as country roads, farms, woodland and alleyways – all areas out of the public eye as to reduce the risk of getting caught.

It can be from building and construction waste to larger domestic items such as sofas or fridges, and sometimes more bizarre items can be found. A North London council found a coffin and 2 live turtles that had been sadly dumped.

The harms of fly tipping are abundant. It’s downright unsightly, it can block off roads and paths, be a danger to wildlife, cause bad smells and toxic fumes and the cost to clear it up can be great. According to the BBC, it costs councils in England more than £50m per year to reverse the effects of fly-tipping. It also undermines legitimate waste collection businesses who lose out on profits due to this illegal DIY waste dumping. 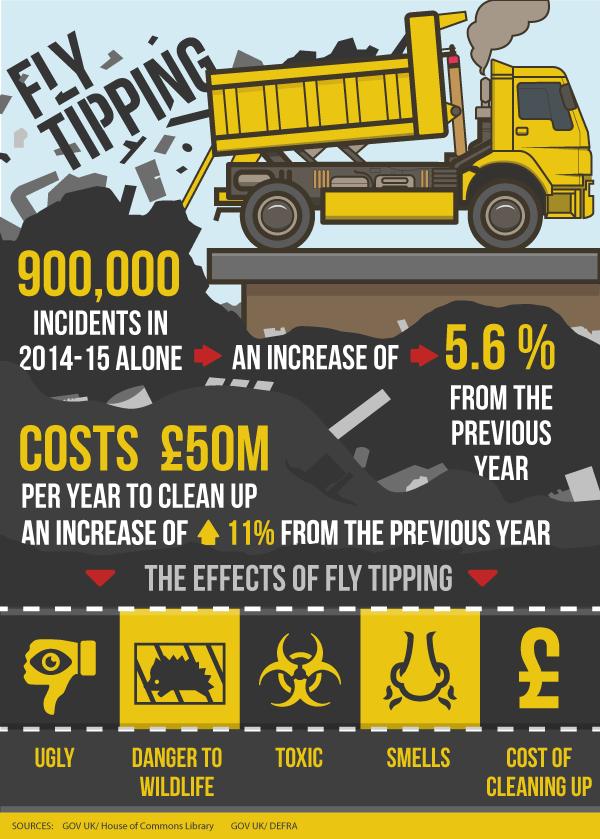 Why do people do it?

It has been argued that council cutbacks have meant councils are under-resourced to deal with larger scale waste collection.

Normal household waste is paid for through council tax and collected by the local council. Any other rubbish has to be paid to be removed through a landfill tax (disposal fee), or else take it to a licensed waste collection spot yourself. Interestingly, a large proportion of fly tips involve household waste, which further confuses the incentives for doing it.

The landfill tax is applied by material and weight, hence why flytipping is often composed of larger and heavier items, such as furniture. Lower rate is inactive waste such as rocks and soil, and the upper rate is everything else.

Fly-tipping is a criminal offence punishable by a fine of up to £50,000 or 12 months’ imprisonment if convicted in a Magistrates’ Court.

The offence can attract an unlimited fine and up to 5 years’ imprisonment if convicted in a Crown Court.

There are also a number of other possible penalties, including fixed penalty notices between £150-£400 (introduced in England from 9 May 2016); and seizing a vehicle and/or its contents because of suspected involvement in fly-tipping

See more regarding the legality of fly tipping: http://researchbriefings.files.parliament.uk/documents/SN05672/SN05672.pdf 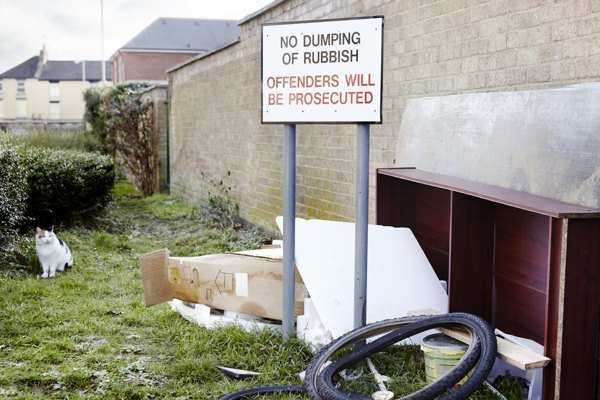 Incidents are up 16%. Thankfully more is being done, but more progress can be made to lessen these incidents.

Here are a few solutions:

A lighter approach was undertaken by the charity, Hubbub, which worked with six primary schools and one secondary to create tree art to deter potential fly-tippers in the Forest of Dean (handled in excess of 800 incidents in one year, costing a total of £91,000). The project was named ‘Communitrees’. Faces were modelled onto trees of 16 sites, aiming the give people the feeling of being watched. They did see a slight reduction in incidents.

This type of method has been used before in Newcastle, to reduce incidents of bike stealing. It was also used in Rotterdam where 10,000 ‘eyes’ were painted in public places, leading to a fall in robberies and anti-social behaviour.

Littering laws have also been toughened – littering has become so commonplace and it seems many don’t think of it as such a big deal. Perhaps the new £150 fine will make people think twice about littering – a doubling of the previous fine, and keep our streets cleaner.

Only time will tell if these harsher penalties will make a difference. The increase in the purchasing of cheap furniture and goods means we are chucking more out each year. It is the attitudes that need to be tapped into and transformed, as no one should have a clean conscience when illegally dumping their trash. 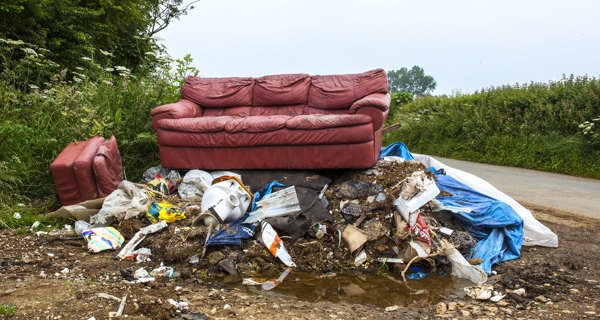